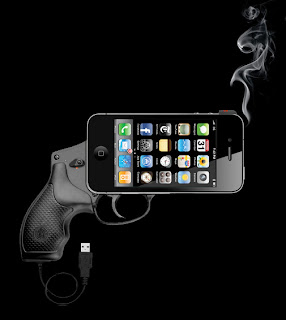 When I first began outlining my new novel, Devil’s Gate, I set out to create three separate plotlines that would converge into a single, sizzling finale.

At its heart, Devil’s Gate is a ghost story.  My protagonist Kane Pryce must discover why Pasadena’s Colorado Street Bridge, also known as Suicide Bridge, is haunted.  He must uncover what dark forces lure hopeless victims to leap from the bridge and what power keeps their souls trapped there.

Second, it’s a story about the seedy underbelly of the Hollywood music scene.  Kane is the lead guitarist in a band that is on the verge of landing a record deal.  Though the road ahead for Kane’s band, Astral Fountain, is paved with gold, the obstacles to success for Kane and his merry band of wannabe rock stars are plentiful—sex, drugs, ego, jealousy, insecurity, and. . .  more sex and drugs.

But third, and what I’m most proud of, is that Devil’s Gate is a genuine, bona fide murder mystery.
The murder plotline in Devil’s Gate novel was the most challenging part of the book to write.  My goals in writing this plotline were:

1) To have it stand on its own as a real world crime, to not ground it in the paranormal, as there would be enough of that in the other parts of the book.  It couldn’t be a nefarious ghost.  This had to be a real murder with a real killer.

2) Like any mystery writer, I wanted the identity of the killer to shock and surprise readers.  And

3) I wanted to write something unique to the time—to create the first murder mystery centering on the pervasive and inescapable presence of social media and tech gadgets in our daily lives.

Without giving specific plot details away, I’ll offer this glimpse of the murder mystery I created for Devil’s Gate.  The murder itself isn’t committed with a knife or gun, but rather a new kind of weapon—a weapon in the form of the social pressures of Facebook, especially those felt by today’s teenagers.  In Devil’s Gate, social networking becomes social deathworking.  The murderer isn’t lurking in dark alleys or secret lairs, but instead in Wi-Fi hubs or streets outside houses or businesses with unprotected networks.  The detectives in Devil’s Gate aren’t dusting for fingerprints; they’re tracking a smart phone via user logs and GPS signals.  And in the end, the killer isn’t exposed via a hard-nose interrogation, but rather by a thoughtless slip up regarding a pop culture reference.

When I started plotting the book in early 2010, I consulted with a well-known hacking legend.  Nearly three years later, some of the shocking things that I learned from him then are only now coming to light—that our online identities are astoundingly vulnerable, that our reputations can be unjustly destroyed in short order by vindictive forces who have mastered major social media outlets, that our smart phones are basically homing devices that track and log our every move, and that many apps available for purchase let predators, crooks, and enemies spy on our lives.

As we all march through life with our devices, loaded with apps, always in hand, we’re all vulnerable targets for tech-savvy criminals.  And we’re all in seeming denial regarding this vulnerability.

Email ThisBlogThis!Share to TwitterShare to FacebookShare to Pinterest
Labels: Barnes and Noble